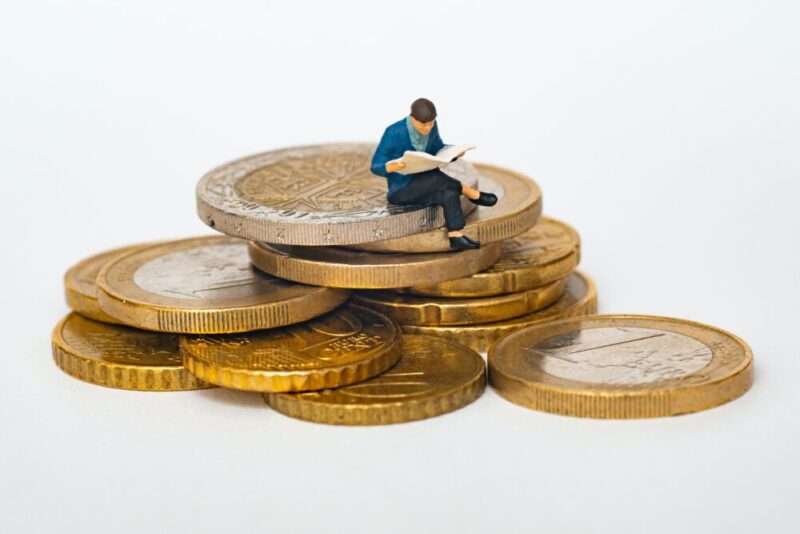 COVID-19, Public Policy, and the Economy – What do we make of it all?

The outbreak of Covid-19 is continuing to impact both the economy and the society immensely, as the United States is now faced with issues that keep piling up. The United States is now being confronted with existential public policy issues, an International foreign relations crisis, a health care crisis, and an economic crisis. These all combined require strategic and decisive policy innovation solutions. The execution of these solutions cannot be administered under the current state of the government, or under the future governmental institutional arrangements since the government will be strongly divided.

Institutional market failures and deconstruction may continue despite the outcome of the election. Formulating, enacting, and implementing policy will be extremely tough since the Democrats are keeping the control of the House and the Republicans are taking control of the Senate. The will of the American people has created this immense governmental division, making it hard for the House to bring policies to the setting for reconciliation, back to the House, then to the Senate, finally making its way to the president for veto or for signature. This ununified government structure will play out some policy dynamics that the American people will have to watch, and it is possible that many things may remain constant.

Policy outcomes impact different demographic and psychographic groups along with different industry sectors, particularly in the commercial and residential real estate industries. It has become ever more important in the last 4-8 years to understand these economics, the composition of both the legislative branches and the executive branches, what policies will be enacted, of the enacted policies who will benefit and who will be hurt, and what the positive or negative externalities associated with these policies will be.

It will be very interesting to witness the decisions made now and watch them over the next 30-40 years to see the impacts that they make in the long-run. How will we look back at our history in 30-40 years? How will the lives of younger generations be affected in the long-run? It is important to think about these things now, as decisions will be made in the near future. This is an important political analytical tool, displayed after 9/11. We had to rearrange institutional arrangements all across the globe. This happened again after the financial crisis, and again after the presidential election.

We as a society have a lot to analyze and understand, as we have experienced 3 major dialects in the last 10 years. Analyzing the economy 10 or 20 years ago was much easier than it is now. It has become extremely difficult, and we have to look at the politics. If we take a look at the need voter theorem and the public choice theory, it is clear that the spectrum of ideology was pushed to the right starting with Reagan, accelerated that direction under Bush, and accelerated again under Trump. Now that Biden has been elected president, we will see a movement back towards the center. We will have to see if the Republicans in both the Senate and the House decide to formulate and move towards the center for policy initiatives.

Public Policy, Covid-19 Vaccines, and the Impact on Real Estate

As we know, the markets have been facing all-time lows deeply impacting the state of the real estate industry. President elect Biden is planning on raising the top marginal tax rate from 37% to 39.6%. This tax rate will only be applied to people who make more than $580,000 per year, and $622,000 for married couples. The new tax rate would truly be targeting the top 90th percentile, which in our perspective is a better policy than bringing it down to households making $250,000 per year as was done back in 2013. It is possible that most of the money taken from these top tiers will be plowed back into some sort of medical supplies.

The velocity of money on the balance sheet of the Federal Reserve circulates the economy on an annual basis. It is highly correlated with economic activity and unemployment. When we look at M2 on the balance sheet, we can see that the velocity of money has broken through its 1960-1970 support and has a small inkling of uptick, which is positive for the economy. Looking at M1 we can see that it collapsed under any glimmer of hope. Yet, this is the resistance line of the 1960s, due to the Shadow Banking System, and massive amounts of public, private, and personal debt. This money could have been saved or invested into real assets. The unemployment rate in the United States right now is at 6.9%, and the nonfarm payroll employment total rose by 638,000 in October. It is one of the most tragic stories in labor market history that about 1 million women in the workforce have had to leave their jobs in order to take care of their children. The introduction of the vaccine will determine employment and unemployment levels in the near future.

Pfizer made an announcement that they are promising a vaccine for the virus to be ready by the end of the year for frontline workers. They also mentioned having a billion doses next year. Other companies such as Johnson & Johnson and Roche are also working on vaccines. The vaccine is also going to determine economic activity and the absorption of commercial real estate space, particularly in downtown San Francisco and other urban centers.

Returning back to the topic of women leaving the workforce, something must be done to help get these women back to work. The economic costs associated with them outside of the labor force are in the trillions. The CPI reached zero earlier in the year, but now it is back up to 1%. The Fed will probably continue to print money in order to get inflation back and meet their CPI targets, yet we are not even close to meeting them. The Fed will continue to peg interest rates at zero to do their job on monetary policy. Fiscal stimulus is badly needed at this time since the economy is slowing and could enter a second dip if a stimulus bill is not passed as soon as possible. We will probably see some bankruptcies within the retail sector, although the retail sales have begun to recover. Consumer confidence has increased, but it is fragile.

The State of the Real Estate Industry

There are mortgage-backed securities to keep the housing market going. It is important to look at The Debt Clock because it gives insight into what future generations will inherit. The REIT Market was down 13 points and bottomed out first, yet it has now started to stabilize and recover from a commercial real estate indicator. Looking at the NAREIT Index and the Odyssey core open-ended funds we can see that they took hits on capital appreciation and income returns. Income returns have come back and capital appreciation is still negative. The capital appreciation will probably drop even more and pull down the Private Equity Real Estate total returns as the fourth quarter appraisals start to come in. The hope is to get back into the 150 basis point range. This will take time, and that is why the Fed created a CMBS facility to stabilize the capital flows in the commercial real estate market. In April and May, unemployment dropped to as low as 14.7%, but we are starting to see some stability.

In the Bay Area, it is obvious that the tech center is the driving force. Using CDs office report of negative net absorption to look at commercial markets, we can see that it is starting to stabilize. The bulk of the negative net absorption is coming from spaces being dumped back into the market. Vacancy rates are being pushed up and rental rates are being pushed down. Vacancies continue to increase and will most likely peak next year. Economic occupancies are actually fairly healthy because tenants are continuing to pay, but physical vacancy rates are extremely high. Reabsorption into the office markets will probably start in April. Architects are currently working on adaptive reuse of retail facilities and multi families. Particularly in the suburban market core, SF apartments have become vacant or their all-time high rents are off 20%, 30%, or 40% depending on what submarket one is looking at. People are moving out of the suburbs to the bordering states.